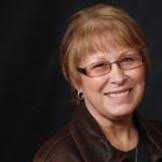 Born 1950 London studied Art at Hornsey College.
Was member of Activate which encouraged people to use the Art Trail in Chelmsford.
The commission for Letting Go came from an open competition for local artists and was completed over four months.
Her work was usually figurative and about human relationships often of babies and motherhood.
The piece was modelled in clay in the art workshop of Harlow College and cast from the mould in fibrecem concrete.
She died suddenly on October 21st 2008.