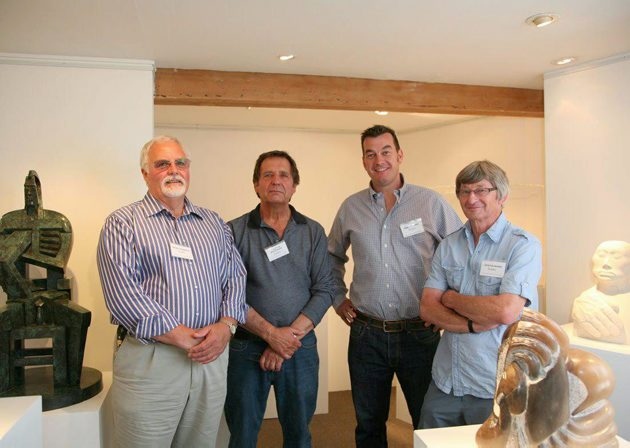 Woodward worked as an assistant to Henry Moore at Perry Green from 1972 enlarging sculpture from the artist’s maquettes. Moore recommended the Cat to celebrate his 80th birthday in 1978 and it was purchased with funding from Harlow District Council, Harlow Development Corporation, Harlow Arts Council and Harlow Art Trust .
After Moore’s death he became Head Conservator to the Henry Moore Foundation travelling the world to install works and do restoration and repair to plaster casts.
He was a sculptor himself working in bronze and wood. The bronze Cat (1962) shows the influence of Moore’s abstraction and ancient Egyptian figurines. In 1983 he produced eleven holograms of the Stations of the Cross for Coventry Cathedral.
He retired from the HMF in 2008.
He lived and worked in London.