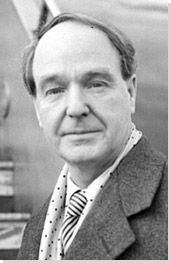 Moore was born in Castleford, Yorkshire in 1898. He studied at Leeds School of Art and the Royal College of Art and taught at the Royal College of Art and at Chelsea School of Art. In the 1930s, he lived and worked in Hampstead with a circle of artists which included Barbara Hepworth and Ben Nicholson. Moore’s international reputation was firmly established when he won the Sculpture Prize at the Venice Biennale in 1948. His early major solo exhibitions include the Tate Gallery (1951) and Leicester Galleries (1954). He frequently showed work at Middelheim Park, Antwerp and at Kassel Documenta and had many retrospective exhibitions, including one at Forte di Belvedere in Florence (1972). He carried out numerous commissions including Madonna and Child for St. Peter’s Church in Claydon, Suffolk, a screen and figure for Time-Life Building in London and monumental works for the UNESCO headquarters in Paris and the Lincoln Centre in New York. Moore received the Companion of Honour in 1955 and the Order of Merit in 1963.

His work is in all major national and international collections including the Tate Gallery, the Arts Council of Great Britain, the British Council and the Museum of Modern Art, New York. In 1977 he set up the Henry Moore Foundation at Perry Green. This holds an extensive collection of his work on permanent exhibition.

The largest collection of Moore’s work is held at the Henry Moore Sculpture Centre at the Art Gallery of Ontario, Toronto. Relocating to Hoglands in Perry Green with his wife, Irina, when their Hampstead flat was bombed in 1940 he made it his studio and home. He died in Much Hadham in 1986.

There are two works by Henry Moore in Harlow: